Is Volkswagen Trying To Pay Its Penance With (Actual) Clean Cars? 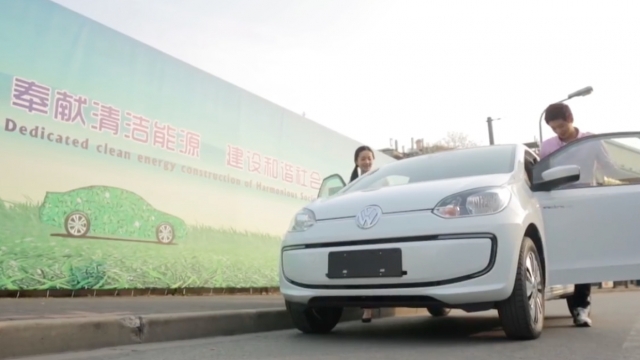 Volkswagen Group announced it's going to be making 30 new battery-powered electric vehicle models in the next decade. It's a big push in the right direction, especially since the company's emissions scandal is still fresh in people's minds.

The EVs are just part of a core strategy change for the automaker, a change it's calling "Together - Strategy 2025." In a nutshell, it's a move toward cleaner, greener automobiles by the year 2025.

Making the changes won't be cheap, though. The Group projects making all these new EVs, building its own batteries, making a good self-driving system — and eventually rectifying its mistakes — will cost somewhere in the "double-digit billion range."

Even after taking a more than $18 billion hit on last year's revenue, thanks to the emissions scandal, this new investment may well be worth it for the company.

Not just because car buyers could begin to see the brand as trustworthy again — but also because Germany, like China and others, is trying to meet some ambitious environmental goals. And the country's deputy economy minister has said every new car purchased would need to produce zero emissions by 2030 in order to meet those goals. Basically, this bigger move toward battery-powered EVs could one day be a legal requirement.

To pay for the new eco-friendly future of Volkswagen, the company will have to increase its profits. Putting the scandal behind it will help with that but so will becoming more "focused, efficient, innovative, customer-driven and sustainable," supposedly.