Is This Really A French Patriot Act? 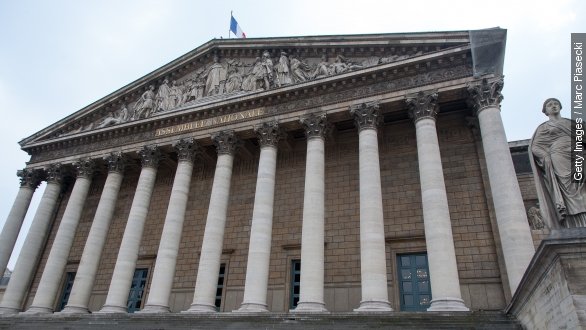 SMS
Is This Really A French Patriot Act?
By Kate Grumke
By Kate Grumke
May 6, 2015
A bill that passed the lower house of the French Parliament is being compared to U.S. anti-terrorism surveillance laws.
SHOW TRANSCRIPT

A new bill that passed the lower house of French Parliament is being compared to the U.S.'s Patriot Act, but how similar are they really?

The U.S.'s Patriot Act was adopted in the wake of the September 11, 2001 terror attacks. (Video via C-SPAN)

Similarly, the French legislation has been pushed through following the January attacks in Paris on the satirical newspaper Charlie Hebdo and a kosher grocery store. (Video via NBC)

The French bill would give authorities the right to collect electronic data on its citizens, including collecting metadata from cell phones and emails with limited judicial oversight.

Many have compared this to the mass collection of data on U.S. citizens that was made possible by the Patriot Act — the extent of which was revealed by leaks from Edward Snowden. (Video via The Guardian)

But supporters of the bill say the data wouldn't be used in bulk. The French prime minister said during a speech in Parliament, "This is not a French patriot Act. ... [The bill] has nothing to do with practices revealed by Edward Snowden." (Video via France 24)

But activists and critics say they're still worried about the potential for abuse. Amnesty International's Deputy Director for Europe and Central Asia said, "This bill would take France a step closer to a surveillance state where nothing is secret except the surveillance itself."

The French bill would also require internet providers to analyze users' data at the government's request, and it would allow intelligence agencies to use microphones, location trackers and spyware to keep watch in France and broad. (Video via i-Télé)

This comes at a time when governments across the world are debating how best to balance national security and civil liberties in the face of terror threats. In the U.S., three key parts of the PATRIOT Act are set to expire at the end of the month, and lawmakers are debating how to move forward.

The French bill will now move on to the Senate, where it is expected to pass.

This video includes images from Getty Images and michalo / CC BY SA 2.0.