Is The US Women's World Cup Offense Being Hindered By Turf? 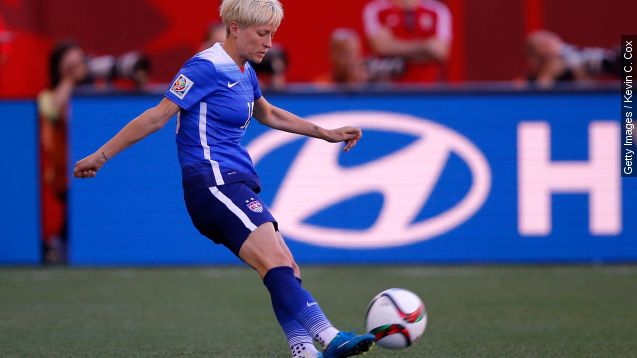 SMS
Is The US Women's World Cup Offense Being Hindered By Turf?
By Matt Moreno
By Matt Moreno
June 14, 2015
Abby Wambach told USA Today the team's offense is being affected by the artificial turf this year.
SHOW TRANSCRIPT

The U.S. Women's National Team is arguably off to a solid start in the FIFA Women's World Cup, earning 4 points in two games and currently sitting atop Group D.

But if you ask Abby Wambach, they could be doing better. The star forward is blaming artificial turf for part of the team's scoring woes. (Video via Sports Illustrated)

She told USA Today, "The ball as it comes off my head against Sweden, it's a dry turf and bounces higher. If it hits the grass, it's harder for a goalkeeper to react. So if the ball bounces higher, the goalkeeper has more time to react off the turf."

Complaints about turf from the USWNT aren't anything new. Forward Sydney Leroux shared this Twitter post in April with the caption "This is why soccer should be played on grass!"

And that pain is felt by just about the entire team.

Late last year, a group of international soccer stars, including Wambach, filed a lawsuit with the Human Rights Tribunal of Ontario in Toronto, claiming gender discrimination since the men's World Cup games almost always play on grass. The suit was later dropped.

The turf vs. grass debate isn't just limited to the soccer either.

Teams in the NFL and MLB have complained about playing on the artificial surface, too.

"In a study covering more than 2,600 NFL games, ACL sprains were 67% more likely to occur on artificial turf than on natural grass," ESPN reports.

Earlier this MLB season, the Baltimore Orioles considered even forfeiting a game rather than risk injury by playing on the Toronto Blue Jays newly installed turf.

Despite the complaints, you shouldn't expect the playing surfaces to be changed anytime at this World Cup. The U.S. Women's Team finish their first round of play Tuesday against Nigeria.