Is The National Day Of Prayer Excluding Religions? 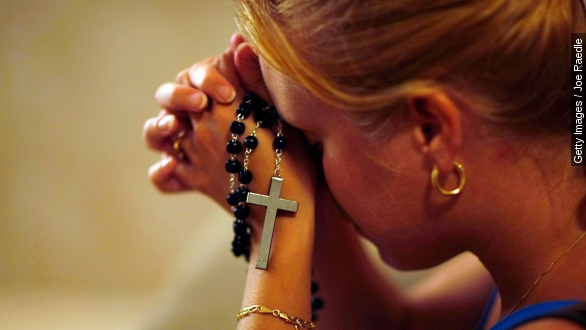 Thursday is the National Day of Prayer — a day where people of all faiths can come together and pray for the country. But is the event really embracing all religions?

A National Day of Prayer has been observed in the U.S. since 1952, when it was established by Congress. But the National Day of Prayer Task Force is an evangelical Christian organization, whose website says the day stands "...to communicate with every individual the need for personal repentance and prayer ... and to mobilize the Christian community to intercede for America's leaders and its families."

The organization has been accused of trying to hijack the National Day of Prayer, receiving government backing during the Bush administration. (Video via C-SPAN)

And the prayer the organization put out for this year's day of prayer, unsurprisingly, both starts and ends with the mention of Jesus.

A writer for The Washington Post, who described herself as evangelical Christian, wrote she was "appalled by the evangelicalism expressed" in last year's National Day of Prayer.

"We can't call something 'Judeo Christian' and then exclude the Jewish friends who are present by praying to Jesus as the one who saves us," she wrote.

And the advocacy group JewsOnFirst has been calling for an Inclusive National Day of Prayer for years, saying, the current day's "...'Task Force' excludes Jews, Muslims, Hindus, Catholics and even mainline Christians from participation in the events it coordinates around the country."