Is The Muppet Relationship Drama Ridiculous Yet? Do We Mind? 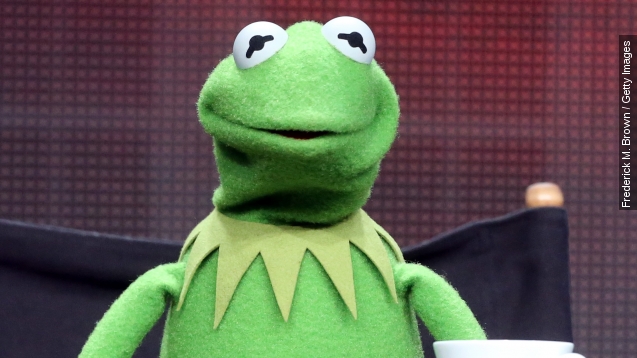 SMS
Is The Muppet Relationship Drama Ridiculous Yet? Do We Mind?
By Samantha Crook
By Samantha Crook
September 1, 2015
There's a fictional new lady-pig in Kermit's life after his fictional breakup with Miss Piggy — and it's making real news.
SHOW TRANSCRIPT

Kermit the Frog has a new girl in his life. Her name is Denise, and she's living in a big Miss Piggy-shaped shadow.

"Man, you really have a type, huh?" an actor in an ABC promo said.

ABC announced the new love interest just weeks after reporting Piggy and Kermit had broken up. The Muppet gossip is part of the lead-up to the new show debuting later this month. (Video via ABC)

The series is pretty obviously a spoof of "The Office," and it looks like the producers are setting up some Jim and Pam-style relationship drama. (Video via NBC)

Because we all know Kermit and Piggy have a history — a fictional history — their story can't possibly be over, despite what a love-scorned Miss Piggy would have us believe.

"You're the one that broke up with me, remember? We are through," Miss Piggy said.

The build up is clearly working. The breakup was reported like actual news.

"Kermit and Miss Piggy are calling it quits," an anchor on CBS announced.

And it clearly struck an emotional chord.

"Just give me a second. ... After almost four decades of interspecies coupling, Kermit and Miss Piggy have announced that they're breaking up," Whoopi Goldberg said on ABC's "The View."

And Kermit's new lady-pig has already become the target of some vitriolic articles. Team Piggy is pretty hardcore.

As if this whole thing hadn't been taken too far already, how about a denial? Hours after ABC's announcement, Kermit clarified his relationship with Denise, saying the two were simply close friends.

The series hasn't even started and people, who we assume know puppets aren't autonomous, are seemingly hooked. (Video via ABC)

Our advice is to just go with it and enjoy the reality ABC has created for us.