Is The Lack Of ISIS 'War' Authorization A Dangerous Precedent? 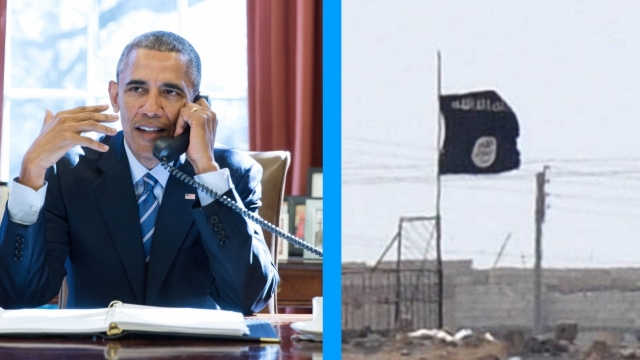 SMS
Is The Lack Of ISIS 'War' Authorization A Dangerous Precedent?
By Eugene Daniels
By Eugene Daniels
March 22, 2016
President Obama has urged Congress to authorize military strikes against ISIS over and over.
SHOW TRANSCRIPT

"An authorization specifically says we, the Congress, the people's representatives authorize the president to carry out various kinds of military hostilities and to do certain things," DePaul University professor of law Alberto Coll said in a recent sit-down interview with Newsy.

President Obama has urged Congress to authorize military strikes against ISIS, over and over: "I call on this Congress to show the world that we are united in this mission by passing a resolution to authorize the use of force against ISIL. We need that authority," the president said during his 2015 State of the Union address.

"Authorize the use of military force against ISIL. Take a vote," Obama repeated in his 2016 State of the Union. But Congress hasn't even discussed authorization.

"Why has Congress not authorized it? For political reason. They don't want to do anything that would make him look good. ... From the viewpoint of Congress, if the ISIS operation goes bad, they can always blame on the president," Coll said of the lack of authorization.

Even without authorization, the U.S. has spent $6.5 billion in the fight against ISIS. So is Obama overstepping his constitutional bounds?

The administration doesn't seem to think so; it's using a Bush-era Authorization for Use of Military Force that basically gives the president broad authority to fight terrorism worldwide. So does a Congress approval even matter?