Is The Affordable Care Act Too Costly To Be Sustainable? 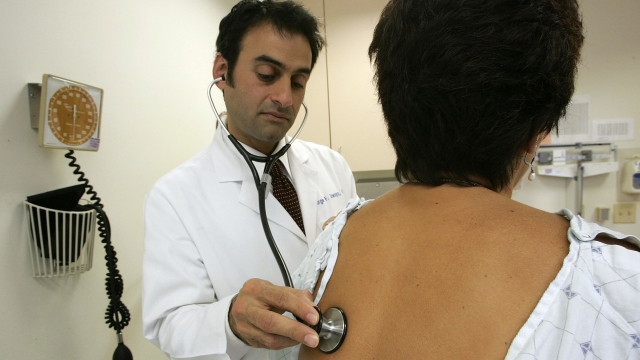 SMS
Is The Affordable Care Act Too Costly To Be Sustainable?

By Ben Lawson
April 15, 2016
Insurance company Aetna said it's struggling under the costs of government health plans, a concern other providers have echoed.
SHOW TRANSCRIPT

Insurance companies and industry analysts are still concerned about the future of the Affordable Care Act.

The CEO of insurance provider Aetna says it's still too early to declare the federal health care program a failure but the company "continues to have serious concerns about the sustainability of the public exchanges."

A report from February found that insurance companies lost money in 41 states in 2014, meaning they were profitable in only nine states that year.

Some analysts say the market could turn around once premiums rise and more young people sign up for programs.

Part of the problem now is that people who signed up after the act was approved are more expensive to insure. A study from the Blue Cross Blue Shield Association found that the average medical costs for a new individual in 2015 were 22 percent higher than employer-based group members'.

UnitedHealth, a major insurer, has already threatened to leave government plans if it doesn't start to see things turn around, and analysts worry others could follow.

This video includes a clip from Aetna and an image from Getty Images.