Is Suing Governments The Future Of Climate Change Action? 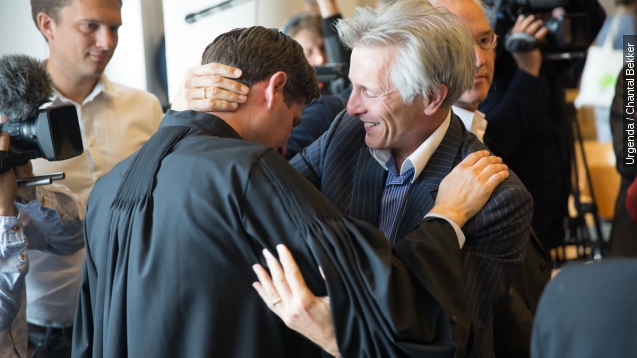 Something interesting has happened in the Netherlands. A group of Dutch citizens sued their government to get it to act on climate change. (Video via Judiciary of the Netherlands)

Even more interesting: They won, and a court in The Hague ordered the Dutch government to cut emissions by at least 25 percent below 1990 levels by 2020. (Video via RTL)

Now, some observers say it could serve as a precedent, but is it repeatable elsewhere? To answer that, we have to look at how the Dutch did it.

First off, the Urgenda Foundation, a climate-change advocacy group representing some 886 individuals in this case, sued the Dutch government, saying it wasn't doing enough to curb its emissions. (Video via Urgenda Foundation)

While the Netherlands is a relatively minor contributor when it comes to climate change, it is among the top 25 emitters per capita in the world, and Urgenda said the state was undercommitting. (Video via YouTube / Film Against Fossil)

The court ruled the Netherlands' emissions reduction of 17 percent compared to 1990 levels was too far below the 25 percent scientists say is needed to avoid catastrophic climate change, which the court says falls under the state's responsibility to protect its people. (Video via NOS 1)

When it comes to whether this truly sets a precedent for other parts of the world, the answer is: It kind of depends.

For Europe? Probably. The E.U. has already committed to cutting emissions 40 percent by 2030, and climate science isn't as much of a political issue there as it is in the U.S. (Video via EU Reporter)

Lawyers in Belgium have filed a similar suit, and NPR reports lawyers from Canada and Australia have been in touch with the Dutch plaintiffs.

A similar suit would be a tall order in the U.S. as well, as an environmental-law specialist from New York University told Nature:

"There is no federal constitutional right to environmental protection. ... Some state courts may recognize such a right, but the remedy might at best be limited to local sources."

Still, even if it's not an option in the U.S., more stringent and court-mandated commitments to cuts in Europe could be a bargaining chip for advocates when the United Nations Climate Change Conference in Paris rolls around in December.