Is Secret Service Having More Blunders Or Just More Leaks? 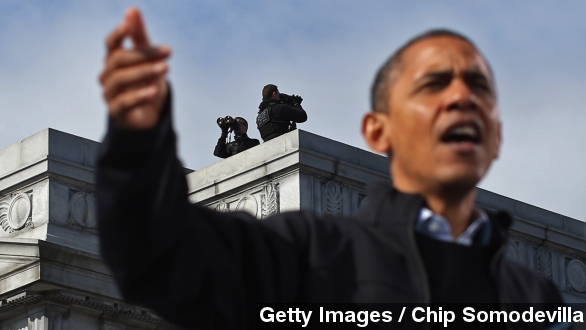 MSNBC: "He ran the entire length of the East Room, and he wasn't tackled until he got to the end of it."

FOX NEWS: "A security contractor with a gun and a criminal record was allowed on an elevator with the president of the United States."

This much is clear: The Washington Post has a very talkative source — or sources — willing to publicize inside information about the Secret Service's screw-ups.

Even not-so-recent flubs are now being blasted out publicly. That includes the fact that the Service didn't realize the White House had been struck with seven bullets in 2011 until four days later. That just now came out.

And the consistency and severity of these leaks now have a few people, including us, wondering what's driving them and who's behind them.

On Mother Jones Tuesday, Kevin Drum wondered "whether it's folks who are appalled by the security lapses or folks who have some other kind of axe to grind."

The whole issue gets at a wider conversation about how the Washington press corps has been handled by the Obama administration — an administration that's tried especially hard to stop leaks like these.

Just last week White House adviser Dan Pfeiffer said, "Leaks are a much bigger problem than they’ve ever been. In part it’s because it’s not just six outlets asking [for information]. It’s a million outlets."

And now, outlets are getting that information about the inner-workings of an agency whose very name implies, well, secrecy.