Is Sanders Taking Wall Street Cash Through The DSCC? 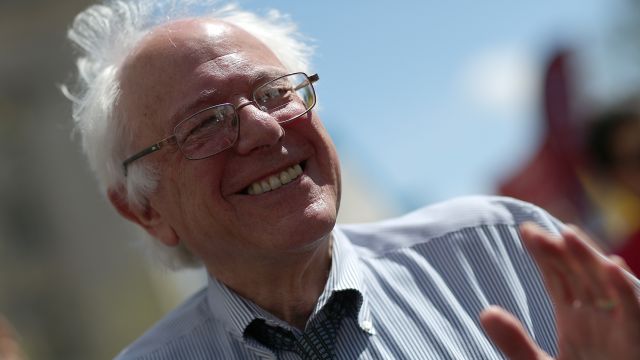 SMS
Is Sanders Taking Wall Street Cash Through The DSCC?
By Jake Godin
By Jake Godin
February 11, 2016
Hillary Clinton is trying to use Sen. Bernie Sanders' financial connections with the DSCC against him. Is she right? Is she exaggerating?
SHOW TRANSCRIPT

Hillary Clinton's trying to combat the notion that Bernie Sanders is free of any Wall Street influence.

"Sen. Sanders took about $200,000 from Wall Street firms. Not directly but through the Democratic Senate Campaign Committee," Clinton said at a campaign rally at Manchester Community College in New Hampshire.

So did Sanders effectively accept Wall Street cash through the DSCC? In a way, yes.

The DSCC does take money from lobbyists and big banks like Morgan Stanley and Goldman Sachs. And yes, it did back Sanders with around $200,000 in his 2006 senatorial race.

But the DSCC takes donations from other sources too. Ironically the largest DSCC contributor during Sanders' 2006 Senate run was Friends of Hillary with $2 million.

It's improbable that Sanders was somehow unaware of the presence of these big bank donors while at the lavish DSCC get-togethers.