Is Salt Bad For You? Scientists Are Too Polarized To Figure It Out 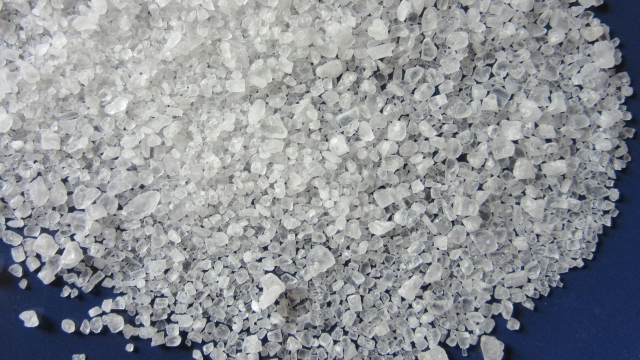 SMS
Is Salt Bad For You? Scientists Are Too Polarized To Figure It Out
By Steven Sparkman
By Steven Sparkman
February 17, 2016
In the debate over salt's health effects, scientists have effectively split into two camps and are talking past each other, according to a new study.
SHOW TRANSCRIPT

But the scientific battle over salt is still going, and the two sides are becoming even more entrenched. That's the conclusion of a new study which looked at the science of salty diets.

For decades, we've been told the amount of salt in the average American diet raises the risk of high blood pressure and heart disease.

"Salt is probably the single most harmful chemical in our food supply," Michael Jacobson of the Center for Science in the Public Interest told CBS in 2010.

But you might've started hearing some skepticism recently about whether salt is really that bad for you.

The critics say health recommendations for cutting salt intake in half are lacking solid evidence.

"Either it's useless, which means it's an expensive strategy, or it could well be harmful, which is worse," cardiovascular disease expert Salim Yusuf told the European Heart Journal.

There's been a sharp response from salt-averse health organizations like the American Heart Association, which says sodium skeptics rely on flawed data and poorly-designed studies. The AHA recommends a very low intake of salt, although one critic of that very recommendation is a former AHA president.

To the average person, the salt debate is confusing, and judging by the new study, it's going to last a while. The researchers looked at academic reports over the past 35 years and found just over half support the idea that we should cut back on salt, around a third don't support that idea and the rest are inconclusive.

What's more, the scientists have basically split into two camps and stopped talking to each other. One researcher at Columbia University said: "There are two almost distinct bodies of scholarship. ... Each is driven by a few prolific authors who tend to cite other researchers who share their point of view."

While scientists debate, health agencies like the World Health Organization still urge people to cut back on sodium and increase things like potassium  — not that anyone is listening. A recent study found that only around three out of every thousand Americans are meeting the organization's targets.

This video includes images from kaboompics / CC0 and rkit / CC0 and a clip from CNN.