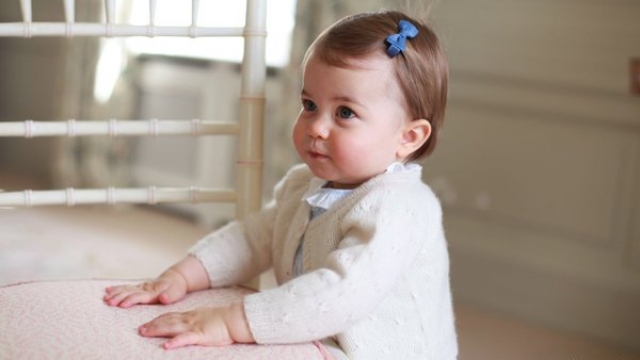 No first birthday would be complete without a series of pictures, especially when they each snag thousands of likes on Twitter.

Yes, you know who we're talking about. Princess Charlotte actually turns 1 on Monday, but there's nothing wrong with previewing the party.

Charlotte's mom, Kate Middleton, also known as the Duchess of Cambridge, snapped these photos in April at the family home.

Besides being pretty adorable, the photos show how fast Princess Charlotte is growing. It's the first time the world has seen her poised to take her first steps.