Is Obama Gearing Up For A TV Acting Career Post-Presidency? 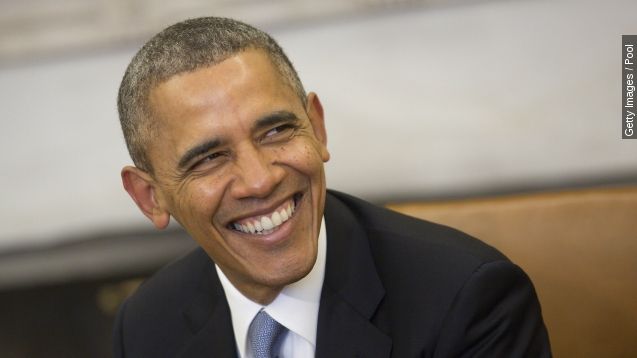 Barack Obama: leader of the free world or leading man?

"My legacy is finally beginning to take shape," Obama said.

Obama hasn't exactly shied away from showbiz, which makes us ask what will happen post-presidency?

"It must kinda stink, you know, that you can't run three times," Galifianakis said. "Actually I think it is a good idea. If I ran a third time, it would sort of be like doing a third 'Hangover' movie. Didn't really work out very well. Did it?"  Obama asked.

Can Obama go from Pennsylvania Avenue to Hollywood Boulevard? He's proven he can get the votes and the ratings.

His appearance on "Running Wild With Bear Grylls" pulled in an estimated 3.5 million viewers.

"The thing is, you looked ripped," Grylls said.

"I am pretty ripped, actually," the president responded.

He and Michelle even made a cameo in "Pitch Perfect 2."

And he's not done. He'll be on Jerry Seinfeld's "Comedians in Cars Getting Coffee" next month.

It's sort of a reverse Reagan, our former commander in chief who also commanded the stage. Our 40th president rode his roles all the way to the White House.

"The fact is, I feel more loose and relaxed than ever. Those Joe Biden shoulder massages, they're like magic," said Obama.

But based on that joke, we think Obama may have more success in the oval office than at the box office.