Is Nintendo Making A Comeback With 'Super Smash Bros.'? 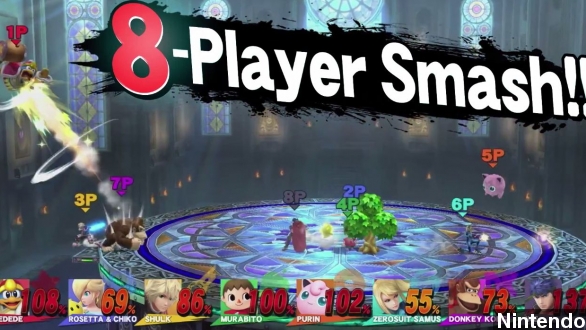 Mario, Pikachu, Donkey Kong — they're all Nintendo original characters we fell in love with a long time ago.

And now that we can make the all adorably deranged characters beat each other up on "Super Smash Bros." for Wii U — naturally, it's just one more reason to love 'em.

Along with its companion game on the 3DS released earlier in the month, this marks the first new "Smash Bros." game in six years. Based on the excitement surrounding Friday's release, it was about time.

"I came in thinking I would just walk into the line and start playing 'Smash Bros.' That's not going to happen," one player said.

Yeah, a pain for consumers, but we doubt anyone at Nintendo is complaining, especially as the holiday season rolls around. Early estimates show "Smash Bros." could sell about 4 million copies worldwide — a number that could add a little relief for a gaming company that hasn't been doing so hot.

The company's 2013 annual report showed losses for the third year in a row, dipping to $457 million in the red.

But it's likely the new game release could be a bit of a comeback for the Japanese company, especially when considering Nintendo also released "Mario Kart 8" and "Hyrule Warriors" this year.

And a writer for Fortune notes Nintendo likely hopes the three games will help build hype for its new toy-video game hybrid, "Amiibo," which consists of the characters shown in this lineup. The toys, also released Friday, will be able to interact with some Wii U games.

Video game analyst Michael Pachter further explained: "As they get better incorporated into games, the Wii U will have greater appeal and will skew younger. ... Amiibo is a positive for Wii U hardware, but they are more of a collectible initially than a console-driver."

So, can "Smash Bros." help Nintendo become a bit more stable? Well, if the game's reviews are any indicator — yup.

While a writer for Joystiq claims: "Pitting beloved video game characters in unlikely rivalries seems as amusing as it did during the series' 1999 debut. ...  Super Smash Bros. for Wii U is a meaty talking point that proves the 'Who's the best?' debate is still well worth having."

And a gaming writer for the Pittsburgh Post-Gazette says "Smash Bros." is, well, "Simply smashing."

But numbers don't lie — so we're excited to see what the holidays will bring from the gaming company many of us grew up with.