Is McDonald's Raise Due To Market Pressure Or PR? 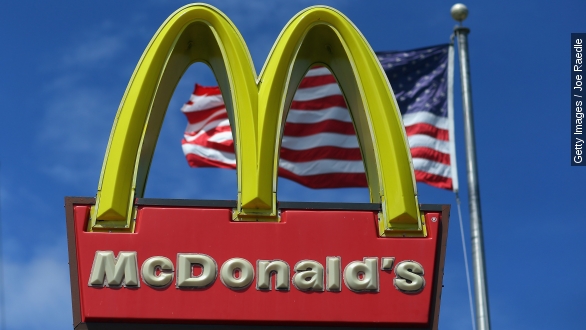 SMS
Is McDonald's Raise Due To Market Pressure Or PR?
By Kate Grumke
By Kate Grumke
April 1, 2015
On Wednesday, McDonald's announced a wage raise for some of its workers. It joins other large retailers in raising wages without a federal push.
SHOW TRANSCRIPT

On Wednesday McDonald's announced it's raising wages by a dollar an hour for some of its lowest paid workers. But the raise won't apply to franchise employees, which is about 90% of McDonald's workers.

The company is the latest in a trend of large retailers announcing plans to hike up wages — without a mandate from the federal government.

"Ask yourself, could you live on $14,500 a year? That's what someone working full-time on the minimum wage makes," said President Obama.

States have had more success mandating higher wages, with 29 states having raised their minimum wage higher than the federal level.

And many cities have, as well, including Seattle.

"With this vote, Seattle will become the first major city in the United States to win a $15 an hour minimum wage," said Seattle City Council member Kshama Sawant.

On Wednesday Seattle began a gradual process to raise its minimum wage to that $15 mark by 2017.

Conservatives typically oppose minimum wage laws, saying wages should be set by the market — and high-profile companies raising their lowest wages as unemployment slips below 5.5 percent would seem to support that.

“We need to leave it to the private sector,” said Bush. (Video via YouTube / J.D. Lutz)

But those private sector changes are still much lower than the $15 an hour workers have been calling for during protests across the country. (Video via YouTube / Fightfor15)

A worker at a McDonald's franchise told the Wall Street Journal, "They say they’re raising wages, but this is nothing near a living wage—it’s just smoke and mirrors."

And analysts are also questioning the motivation behind the move.

Bloomberg panelists said, "You don't know how much of this is for PR advertising, how much for wage pressure."

In the announcement, McDonald's CEO Steve Easterbrook explained the raise, saying, "We know that a motivated workforce leads to better customer service."

McDonald's workers at corporate-owned stores will see their wages increase by $1.00 over the local minimum starting July 1st.