Is It Safe To Store Carbon Dioxide Deep Underground? 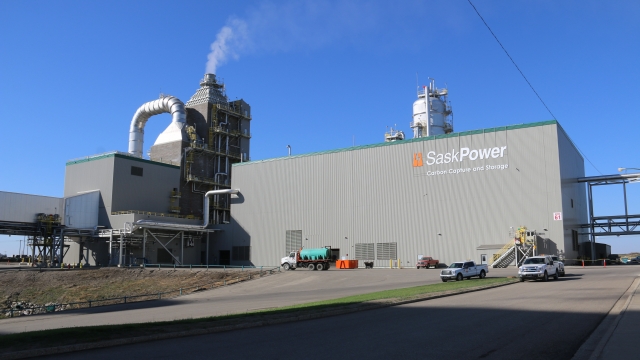 SMS
Is It Safe To Store Carbon Dioxide Deep Underground?
By Ethan Weston
By Ethan Weston
July 30, 2016
A technology that lets us capture and store carbon dioxide might be safer than previously thought, according to a new study.
SHOW TRANSCRIPT

We might be able to safely store excess carbon dioxide in the ground — at least, according to a new study published in Nature Communications.

The process is called carbon-dioxide capture and sequestration. It involves taking CO2 captured from power plants and other industrial processes and injecting it deep into the Earth.

It's highly controversial because skeptics see it as essentially setting up carbon time bombs in the ground.

In the past, lab studies have shown that CO2 might degrade surrounding rock layers, allowing the gas to eventually escape.

But this new study found CO2 in natural reservoirs has been trapped for around 100,000 years. That's much longer than the 10,000 years climate experts say CO2 needs to be trapped to keep it from adding to current global warming.

They did find some eroded rock in the natural reservoirs but not nearly as much as previously modeled.

SEE MORE: Buildings Produce A Lot Of Carbon Dioxide — But They Don't Have To

Capture and storage programs are already being used. But there are only 15 large-scale operations active worldwide right now, and the technology is still in its early stages.

But one of the biggest hurdles for capture and sequestration programs is the cost.

Building plants with capture systems, actually capturing and transporting CO2 and the electricity produced by those plants are all going to cost significantly more than if a company just released CO2 into the atmosphere.

But according to the International Energy Agency, if this technology gets off the ground, it could have the third largest impact on emissions reductions behind more efficient systems and renewable energy.