Is It Only A Matter Of Time Before More Women Are Ordained? 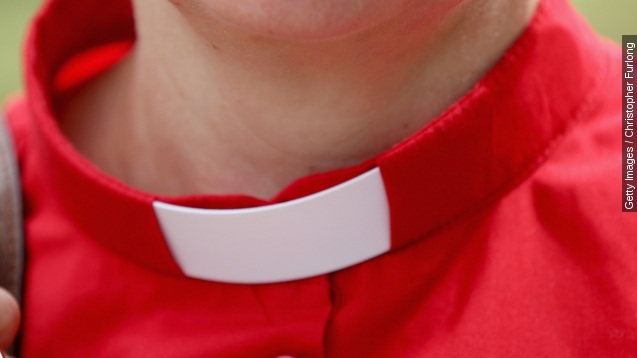 SMS
Is It Only A Matter Of Time Before More Women Are Ordained?
By Heather Adams
By Heather Adams
July 9, 2015
Activists are pushing for more ordained women, but many churches are resistant to change.
SHOW TRANSCRIPT

Hillary Clinton is running for president, Mary Barra is CEO of General Motors and Sheryl Sandberg is COO of Facebook — but a woman running a church? That's still up for discussion.

This vote comes almost exactly a year after the Mormon church excommunicated Kate Kelly for being an activist for female ordination.

Why? The reasons range from following Jesus and his male apostles to a "T," to citing scripture that says women should be students, not teachers. (Video via Mormon Channel)

That Pew study also reported only about 11 percent of respondents said they had a female head clergy member in 2012 — a figure that hasn't changed in almost two decades.

Many have hoped the Catholic Church would be next to allow women ordination, with a helping hand from Pope Francis. But even he has given it a firm no — twice. (Video via Vatican)