Is It Getting Worse To Be A Doctor? 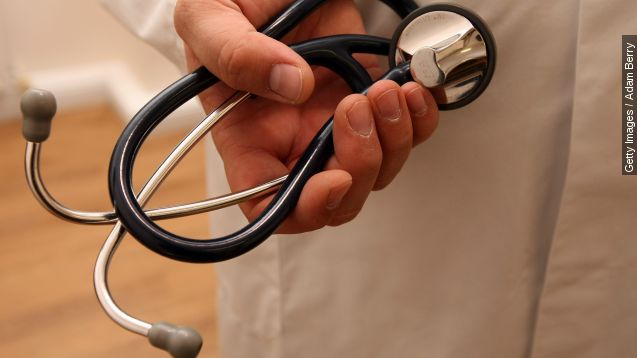 For physicians, stress and exhaustion seem like obvious occupational hazards. But doctors are increasingly emotionally taxed as well. (Video via Maimonides Medical Center)

New research shows physicians in training are prone to depression, with a separate study finding almost a third of them were depressed during their residency, opening the door to several long-term health risks as well as more depression later in life. (Video via Johns Hopkins Medicine, Department of Defense)

In addition, Mayo Clinic researchers recently found more than half of U.S. physicians are experiencing burnout, up almost 10 percentage points from just three years ago. (Video via Mayo Clinic)

Burnout is a condition brought on by stress and characterized by exhaustion and feeling emotionally drained and detached, often caused by the long hours physicians work.

"It's definitely not a 9-to-5 job, and you know, you may see patients from that set time, but there's definitely charting afterwards. ... You think about them overnight sometimes, even lose sleep over them," one physician told Kaplan.

And the rates are rising despite increasing awareness of the phenomenon and measures taken to try to abate it.

For example, Stanford has tried providing physicians with a suite of services, including life coaching, nutritional assistance and even housecleaning in exchange for covering extra shifts or emergency work. (Video via Stanford Health Care)

The effects of burnout and depression go beyond the physicians themselves.

"These findings are concerning, given the strong links between physician burnout and quality of care as well as between burnout and medical errors," Dr. Tait Shanafelt said.

Studies have found doctors experiencing burnout are anywhere from 5 percent to 11 percent more likely to report major medical errors, and their patients can experience longer recovery times. (Video via University of Vermont)

But the issue will likely become more pressing in the next few years. The Association of American Medical Colleges predicts by 2025, the U.S. could face a shortage of 46,000 to 90,000 physicians. Doctors suffering from burnout are more likely to cut their work hours, which would add to that shortage.