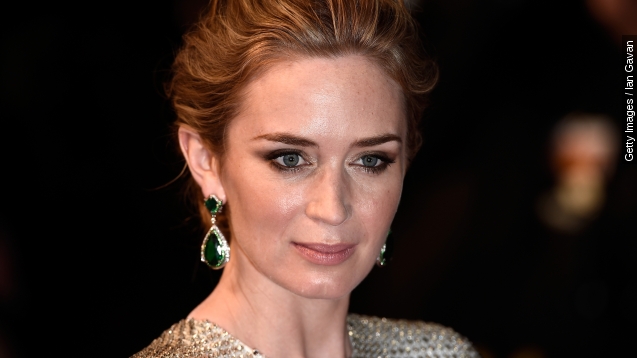 SMS
Is Hollywood's Attitude Shifting Toward Female Leads?
By Lexie Hammesfahr
By Lexie Hammesfahr
June 4, 2015
Emily Blunt has reportedly been offered the lead role in "The Girl on the Train," which could reflect a shift toward more female leads.
SHOW TRANSCRIPT

Emily Blunt has reportedly been offered the lead role in "The Girl on the Train," a source exclusively told The Wrap.

The film is based on the fastest-selling adult novel in history. Over 2 million copies have been sold in the U.S. after its January release. And it's remained on The New York Times bestseller list for 19 weeks.

But let's clarify something: This isn't an adult novel like "50 Shades of Grey" but instead a domestic noir book, which focuses on the darker side of seemingly perfect home or family experiences — a theme usually intended for more mature readers.

Dreamworks' faith in the success of a movie with a female lead was cemented when the studio bought the rights to "The Girl on the Train" before the book ever reached circulation.

Since the beginning of the year, two of the top-grossing films have centered around strong female lead roles.

At the end of last year, "Gone Girl," which was Rosamund Pike’s breakout role, earned about $368 million.

The increase in female-driven movies might have been, in large part, because of blockbusters like "Maleficent" and "The Hunger Games."

In the case of the mega-blockbuster trilogy, "The Hunger Games: Mockingjay Part 1" has made more money domestically than male-driven superhero hits like "Guardians of the Galaxy," "Captain America: The Winter Soldier," and "Transformers: Age of Extinction."

Angelina Jolie's "Maleficent" beat out movies such as "X-Men: Days of Future Past" and "22 Jump Street" to be the eighth highest domestic gross of 2014.

These massive hits might have caused studio executives to take the jump into female-driven movies.

As a result, there are at least six major summer 2015 movies — like Melissa McCarthy's "Spy" and the Reese Witherspoon/Sofia Vergara comedy "Hot Pursuit" — that have strong female roles.

Not to mention that "The Hunger Games: Mockingjay Part 2" premieres in November.

If the success of these movies continues with "The Girl on the Train," Hollywood might be able to change the status quo and say that successful female roles are no longer the exception to the norm.