Is Hideo Kojima Leaving Konami? A Look At The Evidence 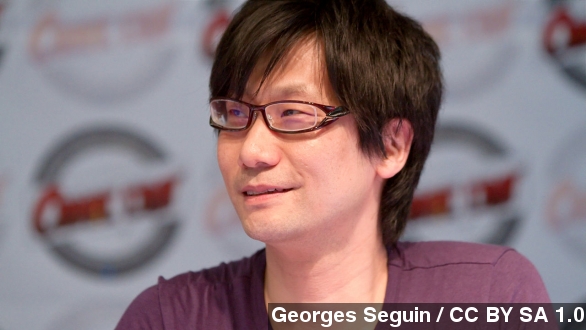 SMS
Is Hideo Kojima Leaving Konami? A Look At The Evidence
By Matt Picht
By Matt Picht
March 20, 2015
Eclectic game director Hideo Kojima is rumored to be splitting from his longtime publisher Konami and abandoning the Metal Gear Solid series.
SHOW TRANSCRIPT

Imagine what would happen if George R.R. Martin walked away from writing "A Song of Ice and Fire," or Dan Harmon left "Community" behind.

That's kind of where the gaming community is now, after rumors surfaced that one of the medium's most high-profile creators might be leaving his iconic franchise behind.

This is Hideo Kojima, or his digital simulacrum, anyway. He's the eclectic game developer behind the immensely popular Metal Gear series.

And this is a trailer for his upcoming big-budget release, "Metal Gear Solid V: The Phantom Pain." It's the fifth numbered title in the series, but actually the eleventh canonical entry, set between ... you know what, it's complicated. Never mind.

But now, rumors are swirling that Kojima has had a falling out with his parent company, Konami, which recently underwent a significant corporate reshuffle.

The story started when keen-eyed commenters at Reddit and NeoGAF noticed Kojima's name was being systematically scrubbed from "The Phantom Pain"'s marketing material. It got juicier thanks to a GameSpot report; it cited an "insider source" who claimed Kojima and Konami were at odds.

"Power struggles between Kojima Productions and Konami have led the publisher to make drastic changes. ... Some senior staff at the studio, including Kojima, now essentially work as contractors, not permanent employees of Konami," Gamespot's Peter Brown said.

The hubbub has prompted Konami to issue a statement, which includes this quote from Kojima: "I am 100% involved and will continue working on METAL GEAR SOLID V: THE PHANTOM PAIN; I'm determined to make it the greatest game I’ve directed to date."

So, we know Kojima's on board for "Phantom Pain," but after that, things get less clear. Konami's statement revealed two more things: they're planning on making another Metal Gear game, and they're planning to hire new staff to work on said game. (Video via IGN)

That whole "hiring new staff" thing is being widely interpreted as evidence that Kojima's future with Konami is limited. VentureBeat speculates the company might be looking to move away from big-budget console games in favor of cheaper mobile and casino games.

But Kojima's rumored departure would leave a lot of fans miserable: the developer wouldn't just be cut off from Metal Gear Solid, but also the much-anticipated Silent Hills reboot which he started working on in in 2012.

A writer for GamesRadar has found a silver lining, though; Kojima's exit from Konami could give the auteur a bit more creative freedom with whatever he decides to do next.

We should also note that Kojima has talked about leaving the Metal Gear franchise behind in the past; MGS 3 and 4 were both supposed to be the end of his role in the series.

This video contains Getty Images and Georges Seguin / CC BY SA 1.0, and music from Brenticus / CC BY 3.0.