Is Egypt Any Better Off Now Than Before The 2011 Revolution? 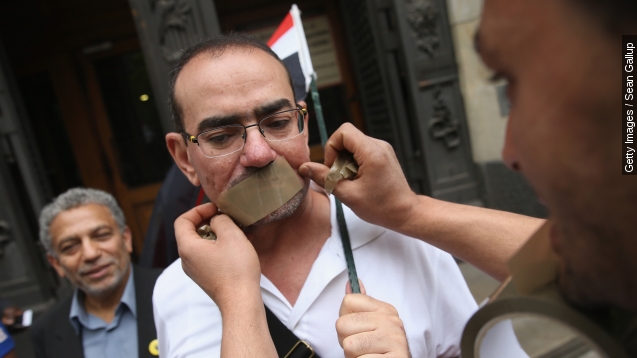 Is Egypt any better off now than before the revolution four years ago?

In 2011, thousands of Egyptians poured into Tahrir Square in Cairo to decry their government. (Video via Al Jazeera)

They protested against a repressive government that restricted their freedoms. (Video via YouTube / Gh Ng)

A government that used a supposed state of emergency to concentrate power in the executive branch. (Video via CCTV)

And employed police brutality and harsh sentencing to crack down on dissidents.

Those laws allow for harsher punishments not only for suspected militants, but also for journalists who deviate from state reports of attacks. (Video via CNN)

Human rights groups allege the new laws broaden the definition of terrorism so much that they curtail free-assembly rights. (Video via Press TV)

And Amnesty International says the laws do all of that by extending state-of-emergency measures to concentrate power in the executive branch. (Video via YouTube / Abdelfattah Elsisi)

So it's not surprising, then, that some of the same grievances that sparked the revolution in 2011 are already festering again.