Is Donald Trump The Most Disliked Politician In America? 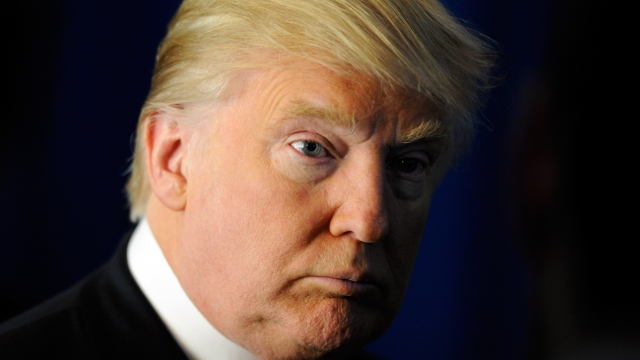 Donald Trump has a problem. He could be the most disliked politician in the country.

A recent Bloomberg survey found he's disliked by 68 percent of those polled.

News outlets have noted Trump is disliked even more than Congress and the Republican Party.

In reality, it's probably unrealistic to compare how people view a single person to how they view a group. But the Republican establishment could use it to further the argument that Trump is the problem.

The pollster who oversaw the recent survey said, "Trump's numbers are bad and getting worse." Favorability ratings for the GOP are the lowest since Bloomberg started recording them in 2009, despite the party's attempts to distance itself from the billionaire.

Anyone can see from his primary election wins Trump has a very loyal following. But Bloomberg polls show his favorability has dropped about 15 percent since November. That's not a good sign when you're trying to sway undecided voters.

In both the Bloomberg poll and a recent CNN/ORC poll, Trump lost by large margins to Democratic front-runner Hillary Clinton in hypothetical general elections.

Fifty-three percent of those in Bloomberg's poll viewed Clinton unfavorably. That's not a great sign for her, but it's better than Trump's score.

John Kasich is the only Republican candidate who beat Clinton in hypothetical elections in the two polls we mentioned, but he sits at a distant third in his party's nomination race.