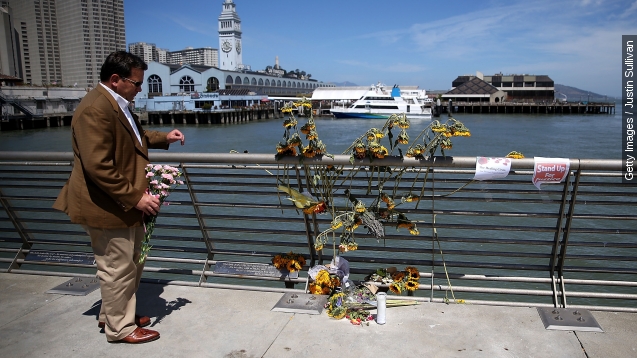 An undocumented immigrant accused of killing a woman in San Francisco has ignited a debate about so-called "sanctuary cities."

It's a term widely used by conservatives who say President Obama hasn't done enough to enforce federal immigration law on a local scale.

"They have turned a blind eye on the problem of sanctuary cities, and even the Obama administration has flipped flopped on that," The Weekly Standard's John McCormack said on Fox News.

The actual definition of sanctuary cities is vague, but they're generally understood to be cities that don't necessarily turn over undocumented criminals to federal immigration agencies. (Video via Attache)

A KGO-TV reporter asked the suspect: "Did you keep coming back to San Francisco because you knew they wouldn't actively look for you to deport you?"

Critics argue this makes them hotbeds for undocumented criminals. (Video via C-SPAN)

But most of the country's major cities can be considered sanctuary cities, and it's not clear if their crime rates are necessarily higher than non-sanctuary cities.

Take for example Boston: a coastal city similar in size and population to San Francisco. (Video via Expedia)

By most definitions it's not a sanctuary city, and yet it's violent crime rate, per 100,000 residents, is only slightly lower than San Francisco's. (Video via City of Boston)

Immigrant rights advocates argue the term itself is actually a holdover from a mid-80s movement to shelter Central American asylum seekers fleeing civil war, and its use by conservatives is a misnomer. (Video via Channel 4)

Either way, nationally, first generation immigrants — including undocumented immigrants — are actually less likely to commit a crime than natural-born citizens.

The uproar over the San Francisco killing is understandable. The suspect is a convicted felon, and local authorities defied federal officials in releasing him. But it's not reflective of any national trend involving undocumented immigrants and violent crime. (Video via KPIX)