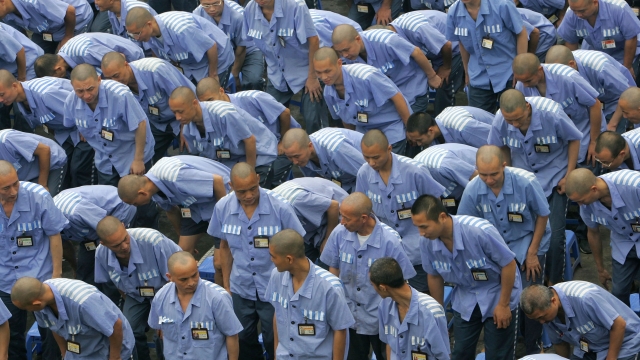 China may be harvesting organs from a large number of prisoners, according to a new report.

State-run media says there are about 10,000 organ transplants in China each year. But this study claims that number could actually be somewhere between 60,000 and 100,000.

"Even if voluntary organ donations in China have gone up, they can't reach this level. This is live organ harvesting," said Ethan Gutmann, an author of the study.

The research comes from the International Coalition to End Organ Pillaging in China. The authors are testifying in front of the U.S. Foreign Affairs Committee on June 23.

China said in 2014 it planned to stop using organs from executed prisoners, but if this report is to be believed, that didn't happen.

The report accuses China of using organs from executed prisoners, many of whom were being detained for political reasons, such as Christians or members of ethnic minorities, like the Uighurs.

The authors say they drew these conclusions from interviews with doctors in China and statements and records from Chinese hospitals.

But a spokeswoman for the Chinese foreign ministry called the accusations "imaginary and baseless" and said they lack "any factual foundation."

China has one of the lowest organ-transplant rates in the world. If the Chinese government is to be believed, only about 10,000 of the 300,000 organ transplant operations needed every year are fulfilled.

It could be because of the low donation rate that the Chinese government is accused of harvesting the organs of executed prisoners — a practice that has long been criticized by governments and human rights groups alike.