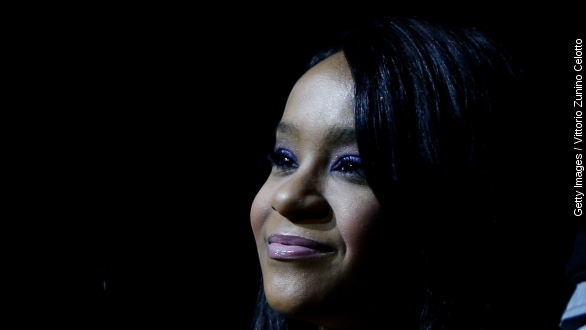 Bobbi Kristina Brown is awake and no longer on life support, according to her aunt.

Tina Brown reportedly posted this message to her Facebook account Sunday evening: "Yes, she woke up and is no longer on life support! God is good! Thanks for your prayers, still a process, but she is going to be ok." The post appears to have since been deleted or made private.

Tina's message comes just hours after Bobbi Kristina's father, Bobby Brown, announced during his concert in Texas Sunday that his daughter is awake.

Now, despite these announcements, it's unclear if Bobbi Kristina is actually awake.

In fact, a source close to the family told People shortly after the news broke that the 22-year-old has yet to wake up. "As far as I know, there's been no change. We're still hoping and praying that God will perform a miracle. We are leaving it in God's hands."

Of course, Bobbi Kristina has reportedly been in a medically induced coma ever since she was found unconscious in her bathtub in her Georgia home on Jan. 31.

Her family has yet to provide more details on her condition. But soon after her hospitalization, they released a statement saying she was "fighting for her life." (Video via OWN / "Oprah's Next Chapter")

After being released from Emory University Hospital last month, Bobbi Kristina was moved to DeKalb Medical Center. Bobby Brown's attorney has refused to comment on this latest development.