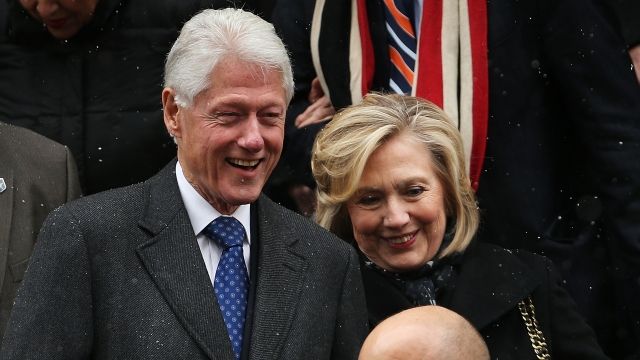 "I did not have sexual relations with that woman, Miss Lewinsky," President Bill Clinton said in 1998.

Remember that time former President Bill Clinton said, "No, I didn't" and then, "Yes, I did" about an inappropriate relationship with then-White House staffer Monica Lewinsky?

Well, 15 years ago, on Jan. 19, 2001, he admitted to knowingly making false statements in a case brought against him by Lewinsky. Clinton avoided jail time but was fined $25,000 and temporarily lost his law license. (Video via University of Virginia)

Upon making the deal, Clinton said in a statement, "I've apologized for my conduct and I've done my best to atone for it with my family, my administration and the American people."

But it seems the whole concept of "forgive and forget" doesn't apply here. Bill's "sexual history" has been a frequent topic of conversation in the 2016 race for the White House.

He posted this video on his Instagram and told Fox News Hillary worked with her husband to "destroy" women he was involved with.

So Hillary can be happy Sanders at least is trying to keep Bill's dirty laundry out of the race. But will American voters be able to push it out of their minds when they hit the polls?