Is Bernie Sanders' Window To Secure The Nomination Closing? 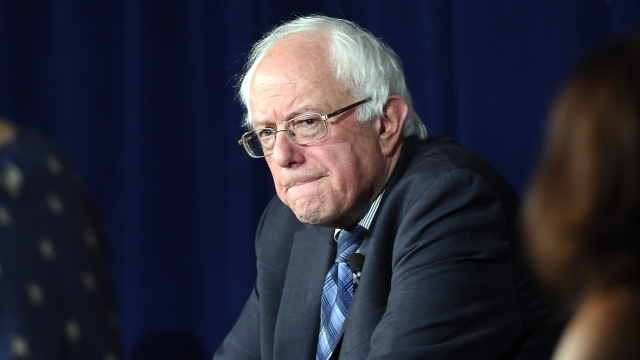 Bernie Sanders promised his supporters a political revolution, but if his campaign can’t find its way soon, that promise could go unfulfilled.

The Sanders campaign suffered a setback in Nevada, a loss which underscored the vulnerabilities of the Vermont senator’s chances going forward.

While Sanders’ youth-oriented campaign won handily with young voters, Hillary Clinton dominated among voters over 65. And that is a much more reliable demographic to have in your corner.

The Washington Post wrote, "Younger voters — who move more often, work weirder hours and aren’t in the habit of voting — simply don’t vote as much."

Clinton was also able to attract significantly more black voters as well, which bodes well for the former secretary of state heading into Super Tuesday.

Seven Southern states with large black populations are set to vote March 1, and, according to FiveThirtyEight, Sanders has a less than 5 percent chance of winning Arkansas, Georgia, Tennessee, Texas or Virginia.

The anti-establishment senator has made it a close race thus far and still has a shot at northern states like Massachusetts and his home state of Vermont.

But Clinton’s so-called "firewall" has largely stayed intact, and if Sanders can’t find a way to break through, his political revolution could be cut short.

This video includes images from Getty Images and clips from Bernie 2016 and Hillary for America.