Is Assad Really Losing? We've Heard This Before 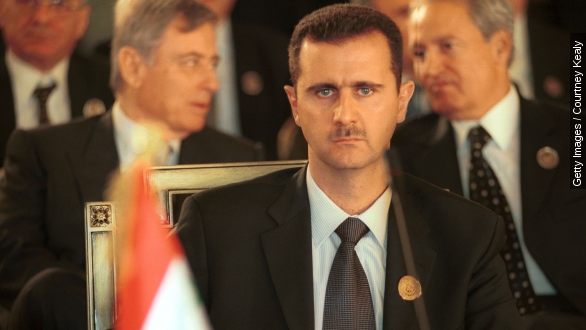 SMS
Is Assad Really Losing? We've Heard This Before
By Kate Grumke
By Kate Grumke
May 1, 2015
This isn't the first time reports have said Assad seems to be losing his hold on Syria.
SHOW TRANSCRIPT

Three years after President Obama said this, the Syrian regime is showing cracks. Syrian rebels have made gains against Bashar Al-Assad’s forces, capturing the northwestern capital of Idlib and other smaller towns, and there are reports that Assad is having trouble recruiting forces to replace those lost in battle.

This has led to reports that Assad could be close to defeat.

But we’ve heard this before. Back in 2012, news outlets and politicians alike also thought Assad would soon face his demise.

"I personally believe it's a question of time before Assad falls but that's the issue, it could be a long time .... but I do not see how he can sustain his rule of Syria," said James Clapper, National Intelligence Director, in 2012.

"Now to Syria tonight. A new sign that the Assad regime may indeed be on its last legs," reported Brian Williams.

And this time around, there's still no clear indication these predictions will pan out any more than they did last time around.

Even The Washington Post, which wrote about Assad's shaky hold on power, notes some observers caution, "[Damascus] is well defended, and the rebels' gains have come mostly on the periphery of the country, where the regime's supply lines are stretched."

And a senior U.S. official told The New York Times, "'The trend lines for Assad are bad and getting worse,'" but, "things had not yet reached 'a boiling point.'"