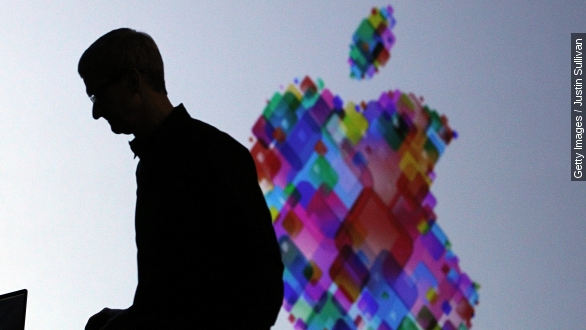 Apple is once again facing accusations of questionable business practices.

According to a report from The Verge, the Department of Justice is looking into complaints regarding Apple's influence in the streaming music market. The report says the tech titan is accused of pushing music labels to remove their content from streaming sites that offer free tiers, such as Spotify and YouTube. (Video via Apple)

If the report is true, it could be seen as Apple trying to cripple the competition before it relaunches the Beats Music streaming service it acquired last year.

Apple and the Justice Department haven't commented on The Verge's report, but it's a familiar story.

Thats because Apple is currently being investigated in the European Union for the exact same thing. The New York Post reports the EU Competition Commission is looking into Apple and other music streamers for possibly working with labels to end "freemium" services.

And Apple has faced antitrust complaints before. Most recently, it was forced to pay a $450 million penalty over e-book pricing last year.

In that suit, the DOJ claims Apple colluded with five major e-book publishers to fix prices in a move against Amazon. Apple is currently appealing that ruling.

Now that it's purchased Beats, it looks like Apple is ready to make its entrance in the music-streaming market. But the funny thing is, for as cutthroat as the company is reported to be, it really took its time getting here.

It seemed to be hoping the digital downloads that are the bread and butter of the iTunes store would keep it relevant. But now that streaming represents a little over a quarter of the music industry's revenue, Apple is looking to catch up.

But monetizing streaming services has proved challenging. Take the market's reigning champ, Spotify, for instance. The service has 60 million users but only about 15 million of those pay for the premium version. The company is widely reported to be losing money.