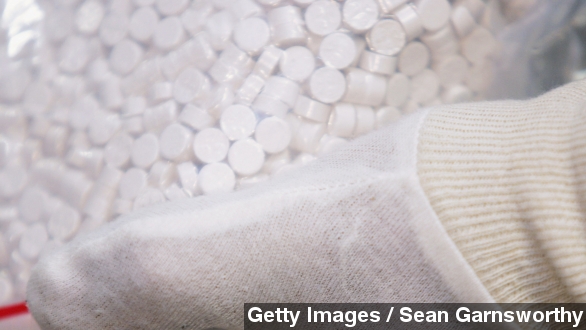 By Christian Bryant
March 10, 2015
After a loophole in Irish law made possession of drugs legal until Thursday, legislators scrambled to reinstate the previous drug ban.
SHOW TRANSCRIPT

A loophole in an Irish law is throwing lawmakers for a drug-related loop this week. A legal oversight has made the possession of ecstasy, ketamine and more than 100 other drugs legal in Ireland until Thursday.

And because drugs are now legal, naturally the country's health minister, Leo Varadkar, felt it necessary to warn people that drugs are still bad.

So, how'd this come about? It's a cautionary tale about what happens when you don't do things the right way.

A criminal case involving a man suspected of having illegal drugs brought attention to the country's drug law. Ireland's Court of Appeal ruled that the law was unconstitutional because — listen to this — additions had been made to it without following the proper procedure. (Video via RTE, TV3)

"What could arise is that a minister may say, 'I'm banning alcohol and cigarettes.' You can't simply do that by virtue of an order," barrister Ronan Lupton said.

And you just can't do that so close to St. Patrick's Day.

Luckily for Ireland's legislators, they saw it coming. Varadkar released a statement saying legislation had already been drafted to reinstate the country's previous drug ban.

The law is expected to go into affect Thursday morning, which means the Irish have until then to "possess" those drugs without fear of prosecution. But lawmakers could still have their hands full past Thursday; the initial ruling could call into question previous drug convictions.