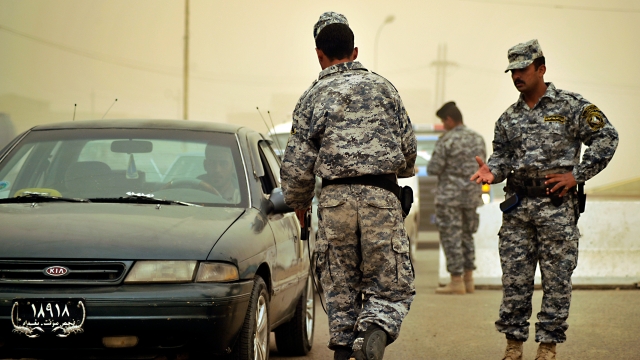 SMS
Iraqi Prime Minister Orders Police To Stop Using Fake Bomb Detectors
By Ryan Biek
By Ryan Biek
July 4, 2016
The bomb detectors were found to be a scam years ago, so why do Iraqi police still use them?
SHOW TRANSCRIPT

After a pair of bombings that killed at least 200 people in Baghdad, Iraq's prime minister has ordered police to stop using bomb detectors that were found to be a scam years ago.

The BBC notes these fake detectors originally got their start in the U.S., when a used car salesman simply rebranded an already ineffective golf ball tracker as a detector of drugs and explosives.

The FBI reported the fraud in 1996, but the scam was brought to the U.K. under a different name. It was eventually dubbed the ADE-651 and sold to Iraq, Niger and Saudi Arabia, among others.

In 2013, British conman James McCormick was given a 10-year prison sentence over the ADE-651. He made tens of millions of dollars selling the device to Iraq's government, yet Iraqi checkpoints have continued to use that useless equipment.

A police officer in Baghdad told The Washington Post on Monday morning: "We know it doesn't work, everybody knows it doesn't work and the man who made it is in prison now. But I don't have any other choice."

When the prime minister visited the scenes of the bombings Sunday, people threw rocks at his convoy and called him a thief.

This video includes clips from CCTV, The Telegraph, Channel 4, CNN and Gopher and images from Getty Images and the U.S. Navy.