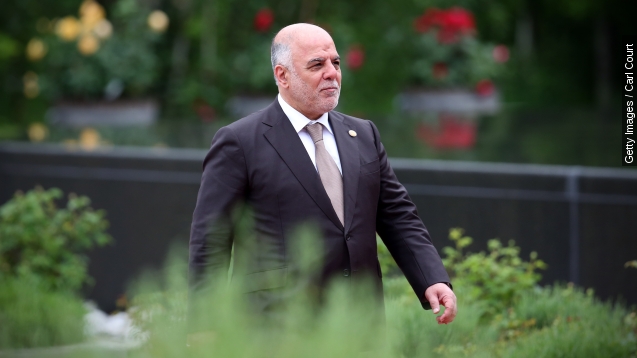 The reforms include a quota for government positions filled by political independents and a committee to investigate and prosecute corruption. But the most extreme step is getting rid of the deputy prime minister position and three vice presidential positions. (Video via PBS)

Al-Abadi's predecessor and rival Nouri al-Maliki just so happens to hold one of those VP posts. (Video via CCTV America)

The announcement comes after weeks of anti-government protests putting pressure on al-Abadi.

"If he has to be more authoritarian to save the country, that's just what he will have to do," one protester told BBC.

"We are hopeful after these moves. We need strong and courageous decisions. He has the support of the people," another agreed.

According to the BBC, al-Abadi's remaining cabinet supports the reforms, but Iraqi legal experts told The Washington Post he will also need approval from Parliament.