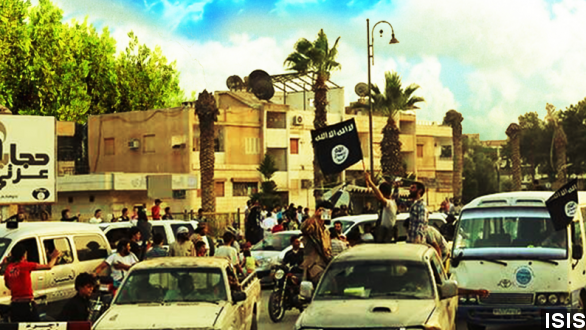 Iraq's army is getting close to taking back the city of Tikrit from ISIS, recapturing a military hospital on Wednesday. (Video via Iraqi Defense Ministry)

"There's no doubt that the combination of the (Iranian-backed) Popular Mobilization forces and the Iraqi security forces, they're going to run ISIL (ISIS) out of Tikrit," Gen Martin Dempsey, chairman of the Joint Chiefs of Staff told a Senate hearing Wednesday. (Video via C-SPAN)

As part of their blitzkrieg across Iraq last summer, the militants captured Tikrit, a city about 95 miles north of Baghdad. (Video via ISIS)

They wasted little time adding to their catalog of atrocities. Right after ISIS seized the city, Human Rights Watch says between 560 and 770 people were executed.

As the birthplace of Iraq's former dictator Saddam Hussein, Tikrit is made up of mostly Sunni Muslims, many of whom say they’ve been marginalized by Iraq’s Shiite-led government.

It's why so many locals joined up with ISIS or allied with them.

Recently, Iraq's Shiite Prime Minister Haider Al-Abadi called on those Sunni fighters to disavow ISIS, promising them a pardon if they do. (Video via Times of India)

If they succeed in taking back the city, the coalition's next big challenge will be recapturing Mosul, Iraq's second biggest city.