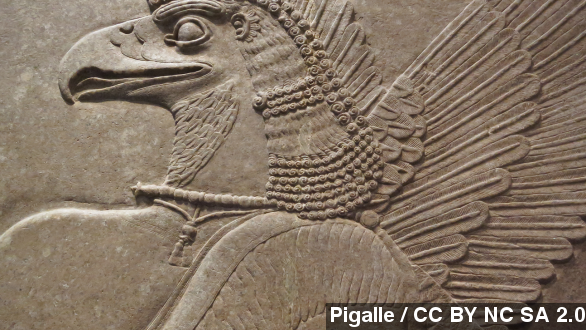 That’s according to Iraq’s Ministry of Tourism and Antiquities, which posted a statement on its website Thursday and said ISIS “bulldozed” the ancient city of Nimrud.

Nimrud is what remains of an ancient Assyrian capital city located in northern Iraq near Mosul. According to UNESCO, it was founded during the 13th century B.C. (Video via The Metropolitan Museum of Art)

UNESCO’s director general Irina Bokova condemned the destruction in a statement, saying the destruction constituted a war crime. She also called on religious leaders and youth to do as much as possible to prevent any more destruction.

Officials claim trucks were spotted at the Nimrud site as well, suggesting ISIS may be stealing artifacts to sell off. As for why they’re doing the destruction — the militants claim the artifacts are “false idols.”

“So ISIS now having attacked the Christian community, the Shia community, the Yazidi community — is now going for local identity rather than religious identity,” Professor Eleanor Robson from University College London told BBC.

While many Assyrian artifacts have been moved to museums in Baghdad and around the world, the larger statues seen in the ISIS video and located at Nimrud cannot be moved and are at risk of being destroyed.