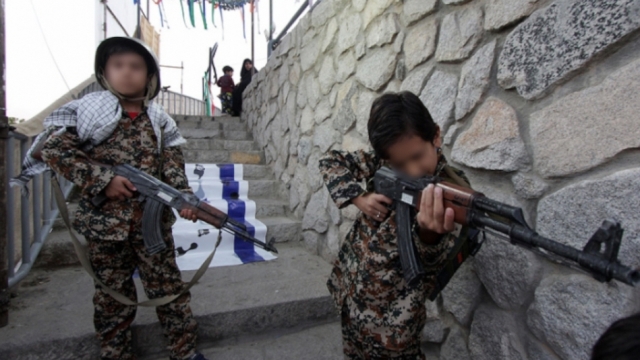 Kids as young as 8 years old go to learn military tactics at the Park of the Revolution's Children.

American and Israeli flags are shooting targets for kids at this theme park in Iran.

SEE MORE: Iran Denies Its Navy Has Been Harassing US Warships

The point? To instill anti-Western sentiment and promote national pride.

Some human rights activists are pissed — especially because it's a grim reminder of when Iran sent thousands of child soldiers to war in the '80s.