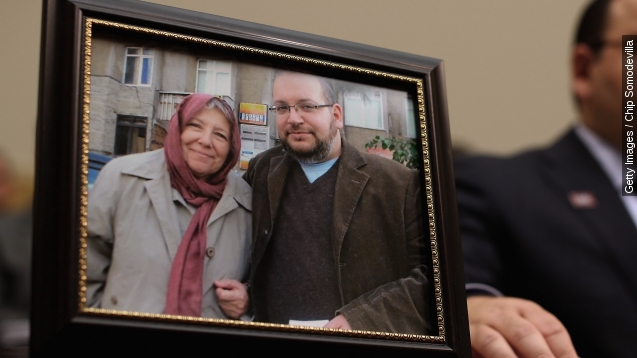 SMS
Iran Sentences Washington Post's Jason Rezaian To Prison
By Matt Moreno
By Matt Moreno
November 22, 2015
Rezaian was sentenced to prison for spying, according to Iranian state TV reports, though there's no word about the length of his prison term.
SHOW TRANSCRIPT

Washington Post journalist Jason Rezaian has been sentenced to prison in Iran, according to Iranian state TV.

A Tehran court found Rezaian guilty of spying and other charges last month, though details of his sentence, including the length of his prison term, haven't been announced.

Rezaian, a dual U.S.-Iranian citizen, was arrested in July 2014 for espionage-related charges. His wife and two photojournalists were also arrested around the same time but have since been released. (Video via CNN)

The Washington Post has denounced the Iranian court's reported decision, saying in a statement: "Every day that Jason is in prison is an injustice. He has done nothing wrong. ... His trial and sentence are a sham, and he should be released immediately."