Iran's President Refuses To Eat With French Over Wine 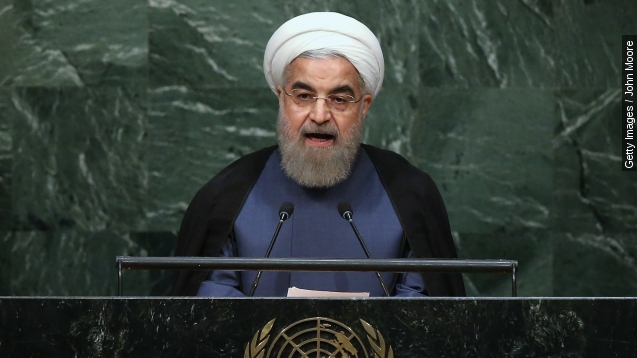 SMS
Iran's President Refuses To Eat With French Over Wine

A French Bordeaux. It pairs well with red meat or stew, but pairs poorly with visiting Iranian diplomats. France’s government found that out the hard way when they planned a formal dinner for Prime Minister Francois Hollande and Iranian President Hassan Rouhani.

French radio station RTL reported that the Iranian delegation demanded a meal with no alcohol and halal meat, which is an Islamic custom that has to do with the way an animal is slaughtered before consumption.

The French balked at the idea of a dinner without wine, suggesting they do breakfast instead. But the Middle Eastern country’s leadership said that menu looked too cheap, so they settled for a conversation with no food whatsoever.

The failed dinner is a staunch reminder of the clashing cultures between these two nations that may soon attempt to work together.

President Rouhani will be making the rounds through Europe next week, meeting with Italy's prime minister, the pope and several prominent European business leaders. He'll try to convince Western nations to do business with Iran once sanctions on the country are lifted because of the Iran Nuclear Deal.

That day could come if United Nations inspectors are satisfied Iran has taken steps to pare down its nuclear program. But there are still steep cultural divides between Iran and its potential new business partners.

The Washington Post reported the idea that no wine would be served at dinner was "culinary sacrilege in France, a nation that puts the secular ideals of the Republic above all else." But it goes way beyond dining.

The country has seen Islamophobic sentiments spike since the terrorist attack on the satire magazine Charlie Hebdo that left 12 people dead in January.

A French mayor was even videotaped saying he would block the opening of new kebab restaurants in his town, since they're a common Middle Eastern dish. He said, "We are a nation of Judeo-Christian tradition."

But it's been a tense relationship on both sides. The speeches of Iran's Supreme leader Ayatollah Ali Khamenei still end with his followers wishing death to Western countries. President Rouhani will be the first Iranian president to visit Europe in more than a decade. (Video via Channel 1)