Iran Denies Its Navy Has Been Harassing US Warships 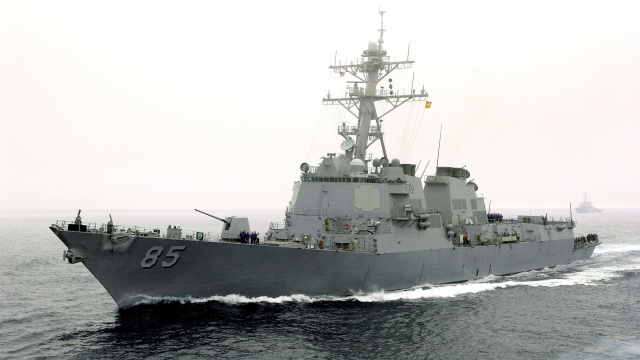 Iranian officials have denied the U.S.' claims that Iranian ships came dangerously close to American naval vessels in and near the Persian Gulf.

This was partly in response to an incident in August in which a U.S. Navy spokesman said four Iranian ships came toward an American destroyer at high speeds, despite radio and other warnings.

SEE MORE: Ties Between US Payment To Iran And Prisoner Release Get Stronger

Roughly a day later, a U.S. Navy boat reportedly had to fire three warning shots at an Iranian vessel that had come within 200 yards of it and wouldn't leave the area.

An Iranian general said Sunday, "The Islamic Republic's vessels always act in full awareness of international rules and regulations and based on defined norms." He added that America's claims were based on fear of Iran's military.

That's quite the contrast to the U.S. Navy's stance. Since January, it has cited at least 31 interactions with Iranian military ships that were considered "unsafe," "unprofessional" or both.

A group of Republican senators has put some of the blame for Iran's increasingly bad behavior on President Barack Obama's foreign policy. The group has also introduced a bill that demands Iran return the $1.7 billion the Obama administration sent earlier this year to settle a dispute over an old arms deal.

On the other hand, Republican presidential candidate Donald Trump promised on Friday that if he wins the election, Iranian ships harassing American vessels will be "shot out of the water." That'd likely be deemed an act of war.