Iran Deal Officially Begins. Here Are The Next Milestones 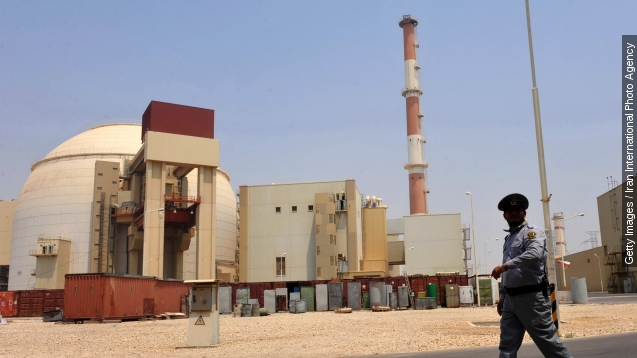 SMS
Iran Deal Officially Begins. Here Are The Next Milestones
By Grant Suneson
By Grant Suneson
October 18, 2015
It's been 90 days since the U.N. approved the Iran Nuclear Deal, which means the country is now tasked with reducing its nuclear program.
SHOW TRANSCRIPT

The Iran deal you've been hearing so much about officially started on Sunday.

The Joint Comprehensive Plan of Action, better known as the Iran Nuclear Deal, stipulates that 90 days after the United Nations Security Council agree on terms of the deal, Iran would begin taking steps to put the plan into action.

So October 18th became "Adoption Day." That essentially means Iran is now on the clock to start paring down their nuclear facilities so they can't be used for weapons. (Video via U.S. Department of State)

Once Tehran thinks its taken enough steps to prove it's making progress, it will alert the International Atomic Energy Agency, the U.N.'s nuclear watchdog group, and grant the group wider authority to inspect Iran's nuclear facilities.

That day would be known as "Implementation Day," which is when the U.S. will have to start upholding its end of the bargain:  pushing its western allies to begin lifting sanctions on Iran.

The next milestones are years down the road. “Transition Day” would mark day the IAEA certifies that all nuclear materials in Iran are for peaceful purposes. That’s expected around 2023.

But there are concerns the deal could hit major snags before it even gets going.