Iran Bans Women From Volleyball Tourney They Thought They Could Watch 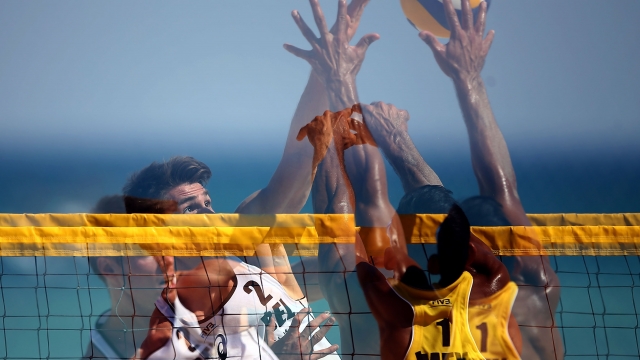 SMS
Iran Bans Women From Volleyball Tourney They Thought They Could Watch
By Melissa Prax
By Melissa Prax
February 18, 2016
Women in Iran can't attend sporting events, but as the country hosts an international volleyball tournament, some are trying again to change that.
SHOW TRANSCRIPT

Women were turned away from a major international volleyball tournament in Iran, even though they were reportedly promised they could attend.

There's been a long push to let women in Iran attend sporting events, and supporters say they were told the initial ban would be lifted for the International Volleyball Federation's Beach Volleyball World Tour.

Technically, the FIVB has no restriction against women attending matches, but because the tournament is held in Iran, the government has superseded.

But in a statement, the FIVB said, "We are pleased to say this has been a success, although there was a slight misunderstanding by security personal on Tuesday ... which has now been resolved."

With one more day left in the tournament, some on Twitter are using the hashtag #Watch4Women to persuade the government to change its mind.

Part of the ban on women at sporting events is because of the segregation of men and women in public places since the 1979 Iranian revolution.

"It's blatant discrimination and brings shame to the game," one supporter of the movement said.

In 2014, a British-Iranian woman was arrested after sneaking into a volleyball match. She made headlines across the globe, and the charges were later dropped.

This video includes clips from the International Volleyball Federation, Human Rights Watch and images from Getty Images and Kamyar Adl / CC BY 2.0.