iPhone Separation Anxiety: It's A Thing 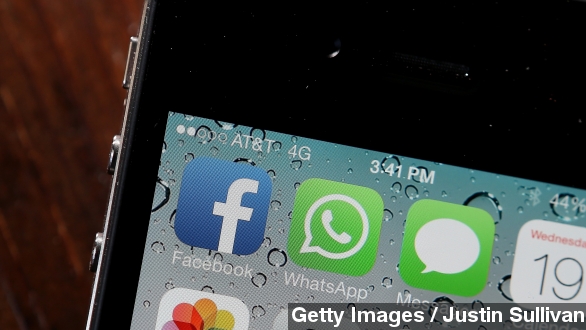 SMS
iPhone Separation Anxiety: It's A Thing
By Jasmine Bailey
By Jasmine Bailey
January 11, 2015
A new study from University of Missouri shows many people lose cognitive abilities when their phones aren't around.
SHOW TRANSCRIPT

Ever feel a bit antsy when you can't find your cell phone? Well, that feeling has a name: "iPhone separation anxiety." And you're definitely not alone in the struggle.

According to a study out of the University of Missouri, iPhone separation can lead to "physiological anxiety" and "poor cognitive performance." (Video via Apple)

Oh yeah, our beloved iPhones really have that much of an effect on our lives. And if that's not creepy enough, the study's lead author added this.

"The results from our study suggest that iPhones are capable of becoming an extension of our selves such that when separated, we experience a lessening of 'self' and a negative physiological state."  Wow. OK, so how did they come to this conclusion?

"Researchers had groups try to do a word search with their phones by them, and then again without their phone... researchers found an increase in blood pressure, heart rate, and feelings of anxiety," explained KVVU.

So to clarify, the participants weren't even on their phones during the first part of the study, they merely had their phones nearby.

In 2008 CBS reported on a fear called Nomophobia, which is the fear of being away from your phone. "British researchers estimate that 53% of the public are nomophobes. More than one in two Nomophobes never switch off their cell phones. Victims are so dependent on their cells that even a low battery creates anxiety. "

One piece of advice offered by the study's author is if you do get anxious without your phone, try keeping it on silent as to not be a distraction.

We're not exactly sure if that would help you get over the fear, but it could keep the anxiety at bay.