Iowa Makes It Kind Of Hard To Vote In Its Caucuses 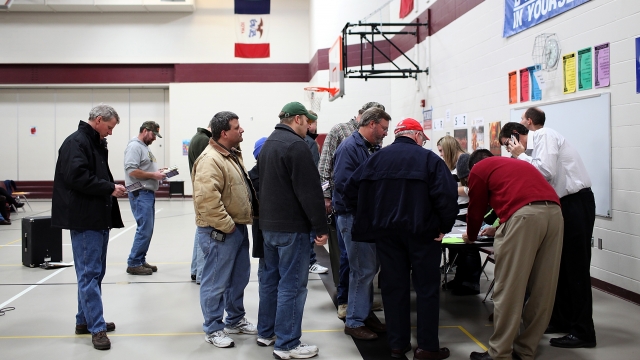 "You can't do an absentee ballot for the caucus because you have to be there. ...  I would be there if I weren't on the road tomorrow," an Iowa resident said.

If you want to participate in the Iowa caucuses, you've got to be willing to spend hours at a community meeting on a weeknight.

"We have a small business so it's difficult to vote or to caucus when you have to make sure you're open. I mean, we run until 9," an Iowa business owner said.

Let's say you are free Monday at 7 p.m. Iowa is a "closed primary" state. So if you're an independent, you're going to have to register as a Democrat or Republican in order to vote.  And, if you're a Democrat, there's another potential complication.

To vote, caucusgoers have to stand with supporters of their preferred candidate — making their political views known possibly to their neighbors and co-workers.

Turnout isn't great for either party. On average, about 1 in 5 registered Iowa voters show up to caucus.

So, for the campaigns, half the battle is just getting people to show up — hence the instructional YouTube videos.

"How to caucus for Marco Rubio in three steps."

"Caucusing for Hillary Clinton is easy as one, two, three."