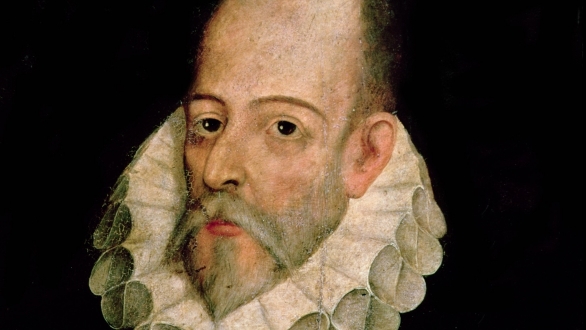 Applause greeted the announcement that investigators had found the remains of one of the most influential writers of all time, Miguel de Cervantes. (Video via RTVE)

Cervantes, best known for writing what many consider the first modern novel in "Don Quixote," died in 1616 and was buried in a church in central Madrid. (Video via Al Jazeera)

Investigators started looking for Cervantes in January by examining remains buried at the church, at first using cameras to look through the crypts in search of characteristic features. (Video via ODN)

The writer had a few of those, including multiple wounds from the Battle of Lepanto in 1571, which left him without the use of his left hand.

It's on that evidence that one of the lead investigators on the project announced Tuesday the remains matched. (Video via Telemadrid)

But now that the writers' bones have been found, the question remains: What to do with them?

Some Spanish writers have criticized the effort to find the bones as a spectacle, and a pointless one at that — just identifying Cervantes for the sake of proving it could be done.

But others have pointed to the attention the investigation has drawn to Cervantes and his works as an example of its worth.

Cervantes died just a day before his English contemporary William Shakespeare. Although the discovery of one of Shakespeare's literary subjects, Richard III, sparked international media furor, it's unlikely Shakespeare himself will be dug up any time soon. (Video via The University of Leicester)

The epitaph on his grave curses anyone who disturbs it.