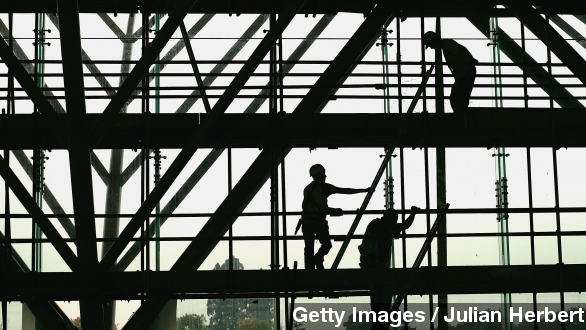 Staying both on the job and healthy may be as vital as ever as a new investigation shows workers compensation benefits nationwide have been cut. The moves benefit employers and insurance companies that are supposed to cover hurt workers.

ProPublica and NPR conducted the joint investigation. The outlets published identical articles Wednesday morning along with a state-by-state breakdown profiling the cuts over the past 13 years.

Here are some of the investigation's key findings.

--Since 2003, lawmakers in 33 states have passed new laws reducing workers comp benefits or making them tougher for employees to access.

--Each state varies significantly on how much you can receive, so where you get hurt matters.

--Many states cut off benefits after an arbitrary time limit instead of when the worker is recovered.

The report was especially critical of states like Florida, which has reduced workers comp benefits by 65 percent over the past two decades. (Video via U.S. Department of Labor)

In California, insurers can use the opinions of doctors who never actually saw a patient to reopen old cases and deny medical care. Independent medical reviewers in that state denied the recommendation of workers' doctors in 91 percent of cases.

"You know, everyone thinks that workers comp is so expensive," ProPublica's Michael Grabell said on NPR Morning Edition. "But in fact, we looked at the numbers and we found that employers were actually paying the lowest for workers compensation insurance since the 1970s. And insurers are doing fairly well, too. In 2013, they had an 18 percent profit — their best year since the 1990s." (Video via Office of Governor Dannel Malloy)

In another case highlighted Wednesday morning, ProPublica and NPR pointed out a worker who loses an arm on the job in Alabama is only entitled to a maximum of $48,000 in compensation. Just across the border in Georgia, a worker could get almost $700,000 more over his or her lifetime.

ProPublica and NPR say the investigation took up much of the last year for the outlets' two reporters, Michael Grabell and Howard Berkes.