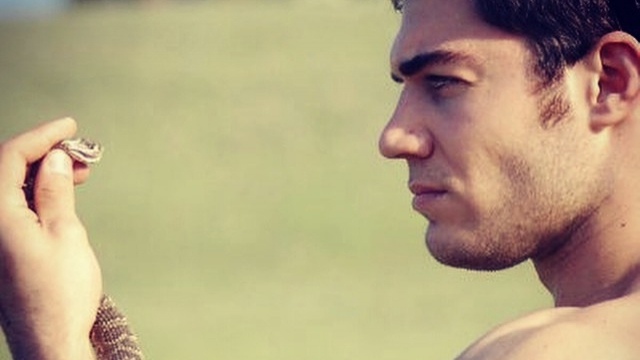 SMS
Internet Goes Wild Over Veterinarian's Instagram Photos
By Melissa Prax
By Melissa Prax
January 28, 2016
Veterinarian Evan Antin has been getting a lot of attention for his photos with his animal patients — and his good looks.
SHOW TRANSCRIPT

You would never want your pets to get sick, but looking at these photos of Dr. Evan Antin might convince you to at least take them in for a check-up.

The veterinarian's posts are so incredibly adorable, social media users are calling him the "hot vet." And we can't really blame them.

He posts lots of "pelfies," or selfies with his pets and patients.

But don't worry, Antin has been recognized for his talents before. People magazine named him “Sexiest Beast Charmer” in 2014, which we're not sure was a thing before he came along.

"I've been working with animals pretty much my entire life. I'd say it got really serious when I was in undergrad," Antin said.

He specializes in exotics species, but clearly still has time for more traditional pets. And we love him for it.