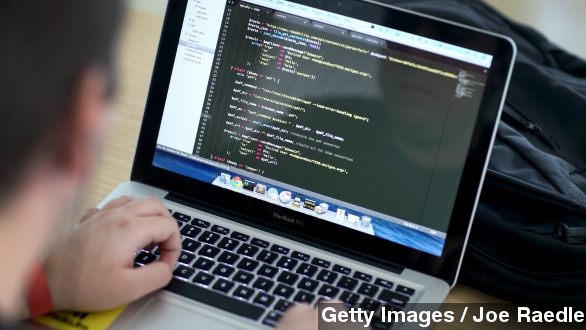 From tightening regulations on American-based Internet companies in Russia ...

"Everything goes through servers in the U.S. Everything is monitored there. ... You know that it all began initially when the Internet first appeared as a special CIA project, and this is how it's developing," Russian President Vladimir Putin said.

... to the muffling of China's Occupy Central movement in Hong Kong ...

... 2014 was not a great year for furthering Internet freedom around the world. Some even go so far as to say it was "disastrous."

This study from Freedom House shows that since mid-2013, "41 countries passed or proposed legislation to penalize legitimate forms of speech online, increase government powers to control content, or expand government surveillance capabilities." Also, of the 65 countries assessed by the organization, 53 percent showed a decline in Internet freedom since mid-2013.

2014 also brought more arrests and prosecutions than ever before for Internet users, particularly in the Middle East.

A Freedom House analyst told Voice of America: "The most dramatic declines were Russia, Turkey and Ukraine. ... The countries that really performed the worst are Iran, Syria and China."

A big contributing factor to Russia's continued declining score were new regulations put in place by Putin that allow any page with so-called "anti-government propaganda" — including calls for unsanctioned protests — to be blocked. Another newly signed law will require all online sites to store data in Russia.

That's all it took to get Google, Russia's second-most-popular search engine, to yank all its engineers from the county.

But a writer for the National Post makes the point that all this didn't just spring up overnight. "When Internet freedom is chipped away at gradually, we tend to underestimate just how much we're losing. Until one day we wake to up [sic] realize that it hasn't just been a bad year for Internet Freedom. It's been a bad decade."

Take Turkey, for example. The New York Times notes when Twitter was blocked, "legions of Turkish users taught one another technical tricks to evade the ban, even spray-painting the instructions on the walls of buildings. 'We all became hackers' [one said.] 'And we all got on Twitter.'"

But don't think the United States was completely free from scrutiny. Although the U.S. and most of Europe rank among the countries with the most freedom, the National Security Agency's surveillance programs didn't fare well in the Freedom House survey.

As far as what we can expect in 2015, David Christopher with Canadian magazine Common Ground says it will be a "pivotal year," stating, however, if the world wants "a free and open Internet that works for all of us, we're going to have to fight for it."