Intel's Making A Reality Show And It's Bound To Get Geeky 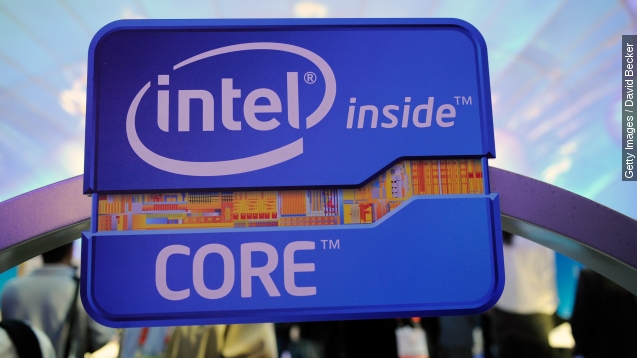 SMS
Intel's Making A Reality Show And It's Bound To Get Geeky
By Leah Becerra
By Leah Becerra
August 19, 2015
TBS will be home to a new kind of reality show where Intel's button-sized computer chip is the star.
SHOW TRANSCRIPT

What if I told you a company that makes computer chips is getting its own reality TV show?

You'd probably expect that show to be the geekiest thing ever. Well, you might not be far off. (Video via Intel)

Intel is teaming up with TBS and Mark Burnett, the producer responsible for "Survivor," "The Apprentice" and "Shark Tank," to create "America's Greatest Makers."

And what will they be making? Well, we don't exactly know yet — that's part of the show.

The show will work kind of like a competition Intel put on last year, where inventors had to come up with wearable devices using the company's super tiny Curie module.

"I'd like to introduce you to Curie. Curie is the next generation in computing," said Intel CEO Brian Krzanich.

The small chip isn't the most thrilling thing ever, especially hidden behind a button, but it can be used to make some really cool stuff. And shows revolving around geeky topics have done well before — that's what Intel and TBS seem to be banking on. (Video via Intel)

We should note though, this announcement comes on the heels of a lot of big media companies, like TBS and even CNN, spending time and money to gain more content sponsored by advertisers.

Meaning the show is essentially a walking advertisement for Intel, a company that has done nothing but destroy its competition going as far back as 2006.

"America's Greatest Makers" definitely has a shot at being mildly entertaining. And this demonstration, where Intel's CEO uses a wearable on this wrist to control a small herd of robotic spiders, is proof.

Intel has already started its participant search and I almost forgot to mention, the winner gets $1 million.