Intel Officials Warn ISIS Will Try To Attack US This Year 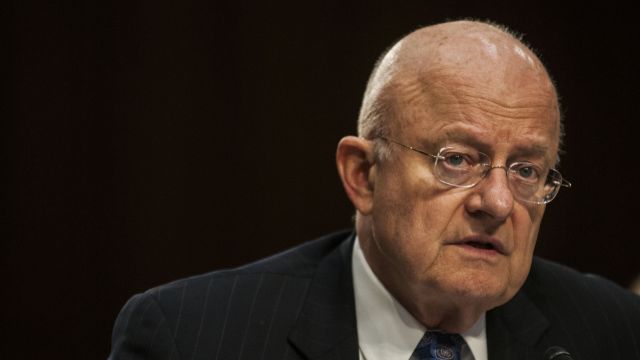 By Matt Picht
February 9, 2016
Violent extremism is still one of the U.S.' biggest threats, according to a briefing top intelligence officials gave the U.S. Senate Tuesday.
SHOW TRANSCRIPT

U.S. intelligence heads told the Senate they expect violent extremists to try and attack the U.S. this year. (Video via C-SPAN)

"ISIL has become the most significant terrorist threat to the United States and our allies. ... Spectacular external attacks demonstrate ISIL's relevance and reach, and are a key part of their narrative," Lt. Gen. Vincent Stewart said.

During their annual threat assessment to the Senate Armed Services Committee, Director of National Intelligence James Clapper and Defense Intelligence Agency Director Vincent Stewart pointed to terrorist attacks in Paris and San Bernardino, California, as evidence ISIS will try to strike the U.S. directly this year.

Clapper warned the committee ISIS members could be attempting to infiltrate the U.S. amid the flow of refugees fleeing the Syrian conflict, saying the group has been getting better at manufacturing foreign passports.

The briefing also touched on several other threats to the U.S., such as cyberattacks from foreign actors, and North Korea's nuclear missile program.