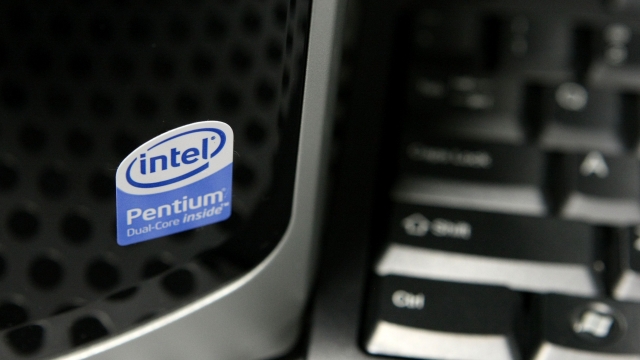 SMS
Intel Culls 12,000 Jobs As PC Sales Slide Even More
By Matt Picht
By Matt Picht
April 19, 2016
Intel's CEO says the layoffs will give the company more money to invest in other sides of the business.
SHOW TRANSCRIPT

Microchip manufacturer Intel is cutting 12,000 jobs as part of a restructuring effort to shift the company away from making personal computer parts.

The layoffs, which will affect 11 percent of the company's global workforce, come as the company posted a better-than-expected earnings report. Intel CEO Brian Krzanich says the move is about both cutting costs and reinvesting in growing the business.

Intel's new plan is to focus on making hardware for data centers and smart devices at the expense of its PC manufacturing arm. Global PC sales across all companies slid about 10 percent this quarter, the sixth consecutive decline.

Intel staffing has been hovering around record high levels for several months at about 107,000 people. The company says it expects to generate $750 million in savings in 2016 from the downsizing.