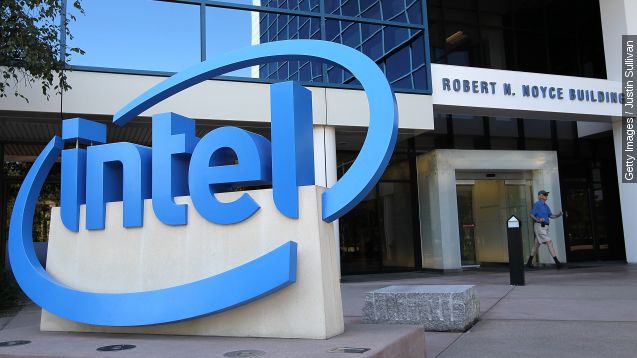 SMS
Intel Buys Altera In Nearly $17B Deal
By Matt Moreno
By Matt Moreno
June 1, 2015
In a move to stay above a struggling PC market, Intel's acquisition helps expand its reach in the Internet of Things.
SHOW TRANSCRIPT

The world's largest chip-maker just made its largest acquisition ever. Intel is buying programmable chip-maker Altera Corporation in a $16.7 billion cash deal, with stockholders taking home $54 per share. (Video via Intel)

The merger comes amidst a lag in the personal-computer market, one that Intel's been able to stay above. Intel's first-quarter earnings report in April showed a 3 percent rise in income compared to the same quarter last year. And Intel likely wants to continue keeping its head above water.

That's where Altera should help out. A joint press release said Intel's products and manufacturing process will join with Altera's field-programmable gate array technology — a.k.a. customer-programable chips. This FPGA tech is an important gateway to the Internet of Things market.

The Internet of Things is basically any everyday object you own that's connected to the Internet.

"Let's stroll into the living room of the future. Now, immediately this room identifies you and taps into a cloud-based profile of preferences like climate control, music, lighting and decor," reports FW: Thinking.

It's an expanding market and one Intel hopes Altera can help out with.

This video includes images from Getty Images and Thomas Hawk / CC BY NC 2.0 and music from @nop / CC BY NC 3.0.